The theme this time around is to be inspired by this short film:
For my contribution I decided to alter a porcelain Dolls Head and make it really creepy. I base coated the dolls head with DecoArt Media Gesso. When dry a coat of DecoArt Media Fluid Acrylic in Titanium white  was applied. Once dry a coat of DecoArt Media Crackle Glaze was then applied and left to dry.  Once dry the eye sockets and mouth were given a coat of Decoart media Fluid Acrylic in Carbon Black to define. Then Decoart Media Antiquing Cream was applied all over the dolls head and once dry wiped back to reveal all the lovely cracks.........Lovely. Seeing as the theme is Ice Cream related I decided to make an ice cream cone from scratch to place on the hole on top of the dolls head. The cone was constructed from 300 gsm cardstock which was embossed using a hessian embossing folder. Painted with DecoArt Media Fluid Acrylic in Carbon black and Dry brushed with Media Fluid Acrylic in Grey. The cone was then filled with Scrunched up Tissue Paper and Paper Clay was piped on top to form the ice cream A skull face and spider were attached to give extra creepiness and finally finished with a was of Media Fluid acrylic in grey. A bas was then constructed from the top of a wine bottle box and given the same treatment as the Dolls Head. As an extra Embellishment around the edge of the base a Tim Holtz Die was used to die cut 300gsm cardstock in black to tie the whole project together.
Creepy Ice Cream Doll Head. 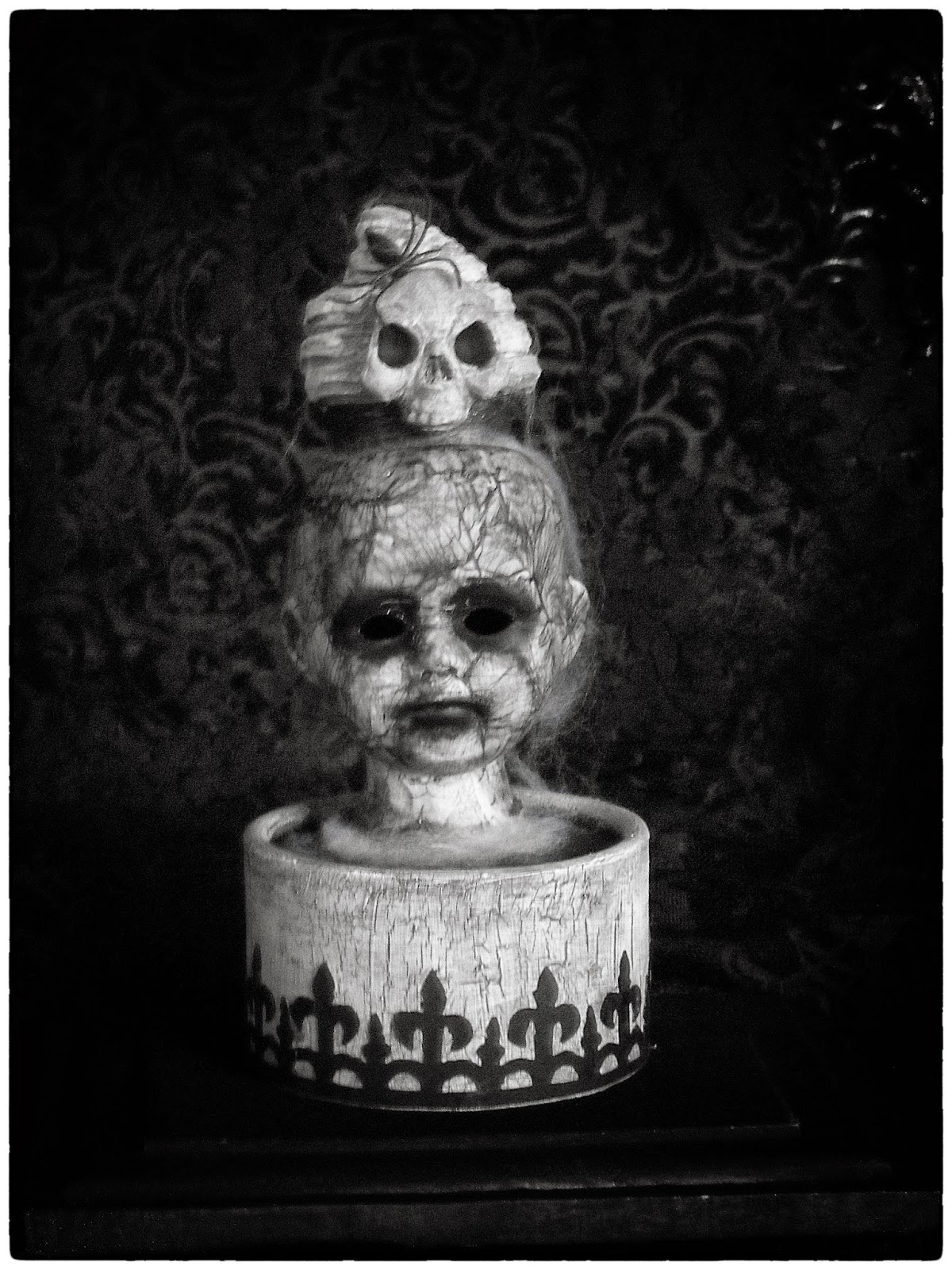 A fun project. Hope you will join us over at Haunted Design House and create some creepiness too.
Thanks for taking the time to stop by and read.
Hugs Fiona.
Posted by Fiona (anubis 1 ) at 11:00 3 comments:

I am Super Excited to announce that the very first challenge over at The Delicious Darkness Challenge blog has now gone LIVE................... A brand new 'dark side' challenge blog featuring Delicious Darkness images!..............And I am soooo Excited to be on the Design Team YAY!!!!!!! So for our first challenge it's anything goes folks as long as it Dark and not Cute. You may enter any type of papercraft creation but it MUST be a dark/gothic/alternative creation.
The Challenge runs from the 13th of every month to the 10th of the next so there's plenty of time to play and get creative.
So folks for my first project as a Design Team Player I decided to create a Coffin Box and Pendant to go Inside. I started off with a Tando Creative 3d Coffin box. Once assembled I applied Delicious Darkness Beastly Paper to cover the coffin Lid.  Decoart Media Crackle glaze was then applied and once dry Decoart Media Antiquing cream was applied and the wiped back to reveal all the lovely cracks. A coat of DecoArt Media Matte Varnish was then applied to seal. A centrepiece was then Die Cut using black glitter card and attached strategically to the coffin lid. A final embellishment of  Delicious Darkness Rams Skully was resized in photoshop to fit on top of the Glitter Embellishment as the main Focus. To finish black satin ribbon was applied around the top edge of the Coffin Lid. The Base of the coffin was then given a coat inside and out of DecoArt Media Acrylic paint in black and when dry Finished with a coat of DecoArt Media Matte Varnish to protect. Now onto the pendant which is to be housed inside the coffin box. Delicious Darkness Rams-Skully was resized in photoshop to fit the pendant base. Glued into place and then DecoArt Media Liquid Glass applied. This is amazing stuff as it drys to a clear glass like resin finish and can also be used to create dimensional elements on your projects. Once Dry the pendant was then strung on a black leather  and Grey sheer ribbon thong to finish. A stylish but Gothic in nature gift. I do hope you will join us over on the Delicious Darkness Challenge blog.
Coffin Box and Pendant. 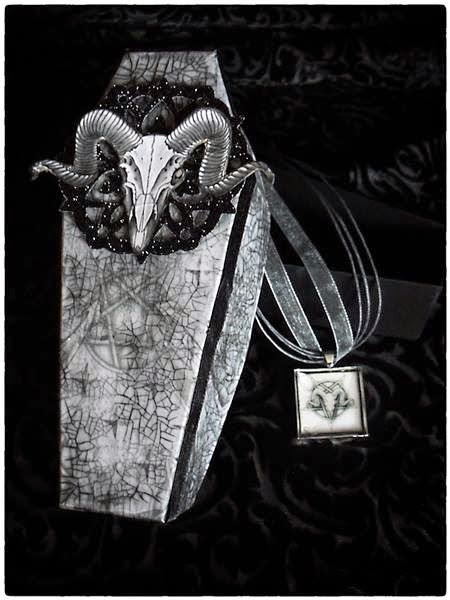 Thanks for taking the time to stop by and read.
Hugs Fiona.

Ferocious Furballs
is the new challenge theme. Interpret it any way you'd like,
just make sure an animal of some sort, is involved in some way.
Maybe use a gruesome guinea pig, or some wicked waterfowl
as your inspiration. Who knows, maybe a macabre muskrat
and a catatonic coon hound are more to your liking.
Make it weird, wacky, scary or clinical.
Just don't make it cute!!
For my contribution to the challenge I decided to alter a frame and Turn it into a shrine. I first coated the wooden frame with two coats of Gesso and when dry sanded back to create a smooth Surface. I then applied DecoArt Media Modelling paste through an Andy Skinner Stencil ( Code- Breaker ) to the frame sides and Top. Once dry two coats of DecoArt Media Acrylic paint in black was applied to the whole of the frame inside and out. Decoart Media Crackle glaze was then applied and left to dry. Whilst waiting for the frame to dry the Raven skull was cast using fine detail plaster and the backing for the frame was embossed on 300 gsm cardstock using a spellbinders embossing folder. The backing was then painted with DecoArt Media paint in grey and when dry DecoArt Media Antiquing cream in black was applied then wiped back so it sat nicely in all the crevices to age the background. DecoArt Media Antiquing cream in grey was then applied to the whole of the frame and then wiped back to reveal all the lovely crackle on the frame and the a Coat Of DecoArt Media Matte Varnish applied all over the frame to seal. The Raven skull was then given two coats of DecoArt Traditions Acrylic paint in warm white and when dry a was of DecoArt Media Raw Umber was applied to highlight all the crevices to age the skull. A frame and a centrepiece to attach the skull was then die-cut and given an aged appearance and then attached to the backboard. Finally the skull was attached to the centrepiece and three mini dominoes were glued together and attached either side to the bottom of the frame to create feet. An enjoyable project and quite pleased how this turned out.
Front View of Shrine. 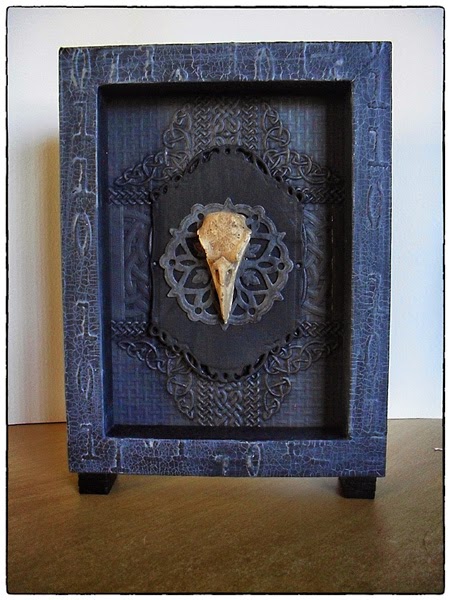 Side Angle View of Shrine. 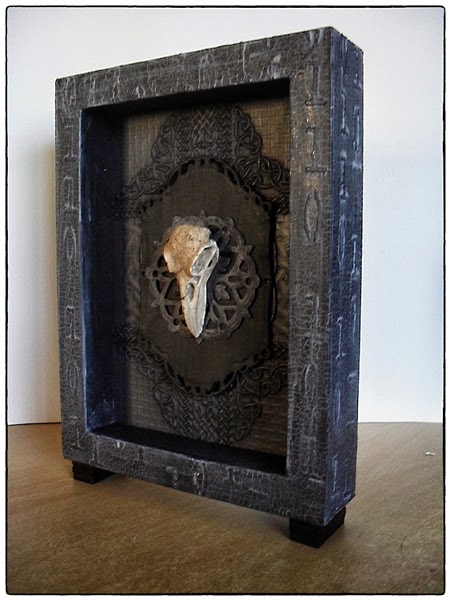 Thanks for taking the time to stop by and read. 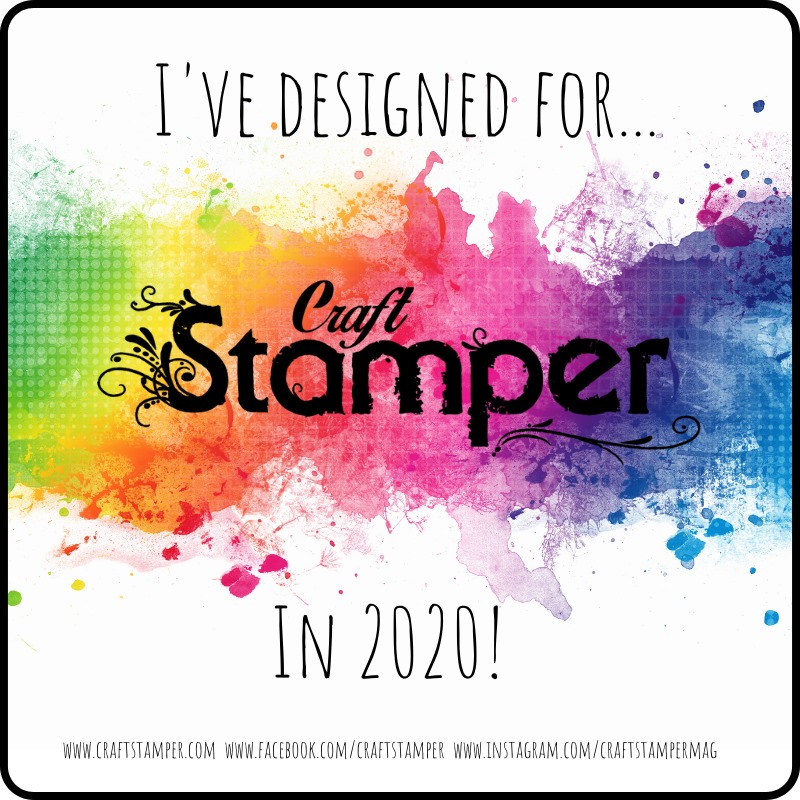 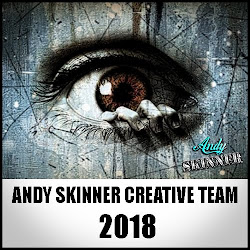 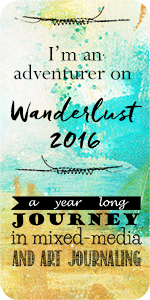 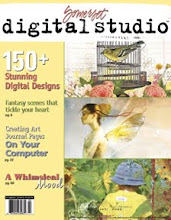 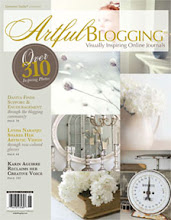 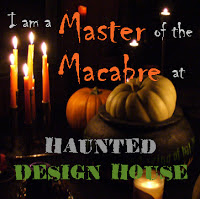 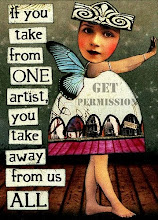